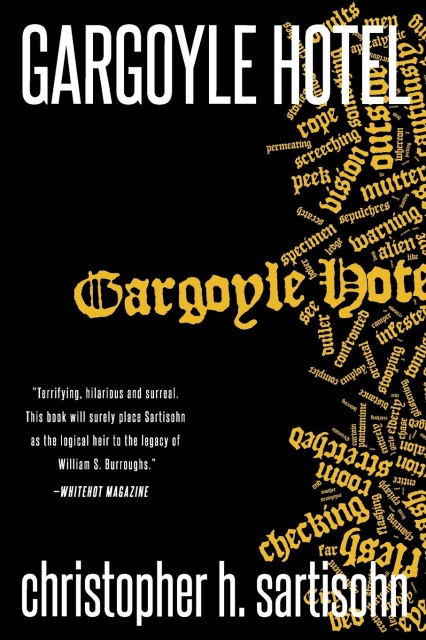 “Sartisohn coaxes the reader along a fine wire between the beautiful and the horrific; this wire locally zigzags according to mild algorithmic randomness, but tends to resolve with unexpected coherence at larger scales. Across his vignettes we visit the extraterrestrial, oceanic, far-east, near-west, a slew of mythic and biological aberrations…all generously distorted through the author's dream-lens. Gargoyle Hotel is a five star establishment.”
—Dr. J. D. Bingham (Microsoft, Intel*)

“A book of shifting sand, each word a grain, and the wind constantly blowing.”
—Jam Hamidi, author (Chainlink)